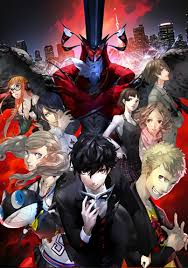 Persona has long been a niche series. Despite passionate fans and favorable reviews, the series has been largely unapproachable — “Persona 5” aims to change that with by far the most polished and approachable title in series history.

Persona is equal parts fantasy JRPG, coming of age story and time management simulation and Jungian psychology- a formula that, despite its eclectic and seemingly incompatible ingredients simply works. “Persona 5” is similar in many regards while also working to fix the flaws of the series and is largely successful in its endeavor. Only some problematic story beats and an inconsistent difficulty curve mar this experience.

While previous entries were deeply flawed in many ways, the repetitive dungeons of 4 and the uncontrollable party of 3 springs to mind, “Persona 5” is an incredibly polished game. The title is mostly free from annoyances with everything receiving small but important tweaks. The turn based combat is much snappier this time around with everything sped up and the interface streamlined without sacrificing complexity. The presentation is dripping with style; no corners have been cut in the effort to establish a visual tone, with everything from menus to text boxes receiving care and polish.

While the combat is complex yet approachable, unfortunately the bosses, what are supposed to be the greatest test of your prowess, are by and large far too easy. The combat system is complex, allowing for a plethora of strategic options, which is why it is so disappointing that bosses often require very little mastery of the game’s systems to overcome.

“Persona 5’s” most taxing moments from a gameplay standpoint happen within its time management and lesser encounters. This is by no means a deal breaker, a huge positive is that the game never wastes your time with meaningless grinding, but to waste a narrative crescendo on a one-sided battle is a little anticlimactic.

This is a colossal game, packed to the brim with different ideas and gameplay styles; one moment you are delving through twisted dungeons in another world and the next you are doing laundry or hitting up the batting cages. The real genius of “Persona 5” is in the way these seemingly unrelated elements feed into one another. Working a part time job can raise funds for your adventures while adventuring with your friends can deepen those relationships resulting in a more effective fighting force.

If all of this sounds confusing and overwhelming, it’s because it is, at least at first. The game knows this and slowly drip-feeds new mechanics to the player over the first ten or so hours consistently. Whereas previous games in the series had lopsided tutorials, one moment giving you no choice and the next giving you total freedom, the early hours of “Persona 5” ease the player into understanding the initially inscrutable web of mechanics.

The story fares almost as well as the gameplay similarly balancing the realistic with the fantastical. There may be elements like other dimensions and magical creatures, but the core of the story is about extremely real issues. Most of the game revolves around righting the wrongs of those who abuse power, and “Persona 5” is unafraid to deal with topics like sexual abuse, guilt, and abusive relationships in a surprisingly mature way.

Most of the main cast is confidently written, initially falling into common character archetypes before opening up into surprisingly three-dimensional human beings. With so much of the game revolving around cultivating relationships it is great that the game managed to avoid so many character tropes.

That is not to say that the game is perfect however, much of the early game is heavily directed, requiring a large time investment before everything becomes available, similarly the middle drags and does little to advance the overall story.

Most troubling, however, is the severe mishandling of two minor, comic relief gay stereotype characters who seem more at home in an early 90s film rather than something produced in 2017. Thankfully they only appear in a handful of scenes but still, for such a thoughtful, meticulously crafted experience, their inclusion is puzzling and problematic.

Despite a few issues “Persona 5” might well be the best JRPG of the decade and the shot in the arm that the genre desperately needs. While not perfect, Persona 5 simply does so much right that its flaws seem minor in comparison to the sheer mountain of quality content the game presents.