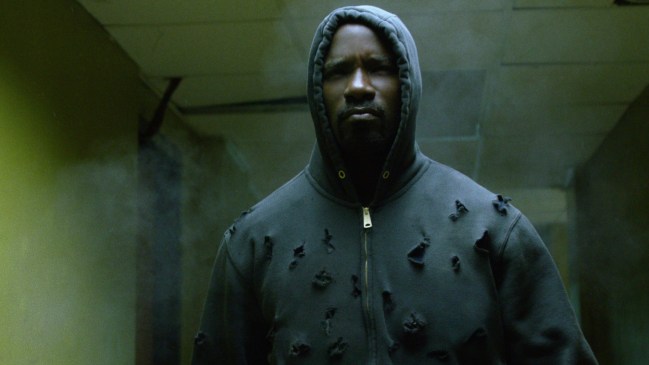 When a tweet popped up in my feed telling everyone to watch Marvel’s Luke Cage, a show about “a bulletproof black man in a hoodie,” I was invested before I even watched the first episode.
Much like its Netflix predecessors Jessica Jones and Daredevil, this show has Marvel gritty reboot written all over it, so of course it makes sense that it would be widely watched. Once I watched the first episode, I was hooked despite something bugging me. I realized that other comic-book based superhero shows are universally anticipated, while something so “targeted” like Luke Cage wouldn’t be as acclaimed. It’s not that people can’t relate but I didn’t think people would care about the cultural symbolism. Judging by the ratings however, I was thankfully wrong.
The first season manages to tackle topics such as police brutality, sexual assault, institutional racism and political corruption. Impressively, the show’s writers were able to do so without coming off as preachy.
One of the key aspects of the show is that there are so many black history lessons packed into each episode. In addition to casually namedropping important people in the civil rights movement, every other episode included musical guests from crooner Raphael Saadiq to rapper Jidenna. In a later episode, Method Man makes an appearance as a convenience store clerk and though it isn’t a significant part of the episode, it’s definitely a high point.
As interesting as this makes the show, the driving force seems to be the female characters. Actresses Simone Cook, Rosario Dawson and Alfre Woodard manage to represent three different mindsets when it comes to justice and injustice.
Detective Misty Knight (Cook), represents the mindset that justice is best served by the book while Nurse Claire Temple (Dawson), who also appears in Jessica Jones and Daredevil, takes justice into her own hands.
Monica Stokes (Woodard), struggles internally with her own morals and ethics before succumbing to a life of crime. The writers were able to do this without the use of stereotypes.
Even though there was the typical older mentor made to educate then fade away and your average run-of-the-mill-thugs, each character was so well-developed that none of them came off as caricatures which is something writers who write black characters need to pay more attention to.
The villains were written uniquely as well. Unlike other shows, the show’s creators were able to humanize the villains, so that even though you know their backgrounds, you can simultaneously feel bad about their hardships while finding their current selves deplorable.
Each episode was consistently engaging save for the thirteenth episode, which took a bit too long to get into the plot of the episode. The ending was perfect though and gave viewers something to chew on until next season.
There has been speculation about whether or not the end of this show will ring in a spinoff centered on Misty Knight — one can only hope. But lets not get ahead of ourselves, instead, lets look forward to the inevitable but ultimately anticipated season two premiere.