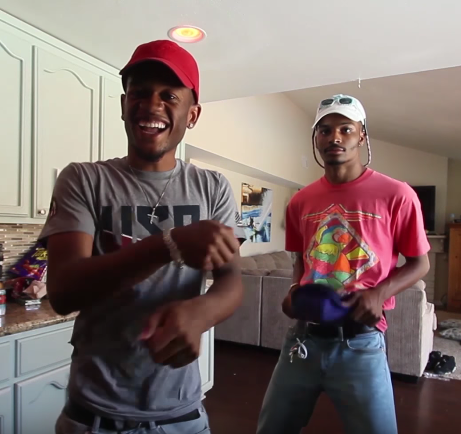 Black people suffering with mental illnesses were given a voice when YouTuber and Vine star Demetrius Harmon released his 11-minute film, “Be Happy” Sunday, Sept. 18. The film follows a fictionalized version of Harmon and the personifications of his internal struggle with mental health. Several other central characters include Anxiety (played by Caleb Grass), Depression (played by Victor Pope Jr.) and Happiness (played by Caleon Fox). YouTuber Nathan Zed also makes an appearance.

Though this isn’t the first time a famous Internet person has used their status to bring attention to serious issues, this work is particularly unique because it touches on a topic that’s often deemed taboo in the black community. For whatever reason, there’s this idea floating about that people of color, specifically black people, cannot experience depression either due to the fact that we have “real world problems,” or that mental illness is something made up by white people.

What the film did well was accurately portray what it’s like to be a high-functioning depressive while highlighting the scrutiny black people face when they try to articulate problems with their mental health. At one point Zed chastises Harmon for feeling the way he does, but Harmon responds saying that just because you can’t see one’s illness, doesn’t mean it isn’t there.

Before the main themes had even begun to be explored though, the very first shot set the tone for the rest of the film. The first scene shows Harmon hesitantly unwrapping a new razor blade then fidgeting around with it before putting it to his arm. Though the actual act of self-harm isn’t shown, it’s implied, once again dispelling the idea that self-mutilation “is a white people thing.”

What makes this video even more powerful was the fact that just mere weeks before its release, Harmon wrote an open letter in which he talked about the emotional journey and the effort it took just to put the short together. He also mentioned his personal struggles with depression and suicide ideation.

In August, he tweeted “I want to kill myself. I’m not saying I will. Just expressing my thoughts & feelings. BRB” and he was met with an onslaught of concerned phone calls and messages. At the time, he was speaking his truth and the connecting theme between the letter and the film is this: admitting that you want to hurt yourself isn’t the same thing as promising to act on it.

Though this was made for a specific group of people, Harmon made it clear to his fans that he understands their pain regardless of their ethnicity or race.

At the end, there is a poem comprised of Harmon’s own writing and submissions from his fans. The very last line of the poem, “I feel weak, but I know I am strong,” encompasses the willpower and resilience people need to get themselves through the depression just to be able to rub elbows with Happiness once again.