“Kubo” charms audiences of all ages 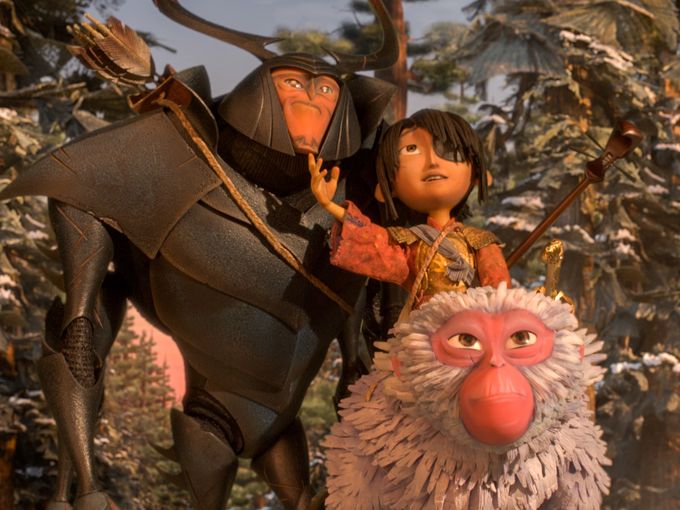 “Kubo: And the Two Strings” takes its audience through an 11-year-old boy’s journey when he uncovers the truth behind the stories he tells to the villagers for money through the use of origami and the shamisen, a Japanese three-string guitar.

Set in ancient Japan, the film begins with Kubo’s mother fleeing her family after they killed her husband, Hanzo, and stole one of young Kubo’s eyes. In present day, they hide out in a cave where Kubo cares for his mother as her memory begins to fade. She warns him to not stay out after dark in fear that his aunts and his grandfather, the Moon King, will take his remaining eye.

Made by Laika Studios, known for producing other films such as “Coraline” and “ParaNorman,” it uses its usual 3-D stop-motion animation style to tell the tale in a way that is both intriguing in a technical sense while also being artistically pleasing. In instances such as the origami storytelling scene, the detail in the movement is clean and purposefully executed.

In his directorial debut, President and CEO of Laika Studios, Travis Knight, has managed to create a film enjoyable to people of all ages, while still having a meaningful message.

Still, it felt like certain plot elements were brought into the story primarily to create a happier ending. Even for a movie dealing with a magical guitar and personified origami and a talking monkey and beetle, it felt a little rushed and unrealistic.

Matthew McConaughey’s character Beetle plays as the comic relief to lighten the melancholic mood. His personality along with Monkey’s, voiced by Charlize Theron, is a bit confusing especially when their true characters are revealed. There’s no real transition between when they are acting as Beetle and Monkey and their true characters. Most of the time this makes it feel as though the revelation is thrown into the movie just for shock value.

The jokes and light mood also felt like it was too much at times and took away from the depth of the story.

Although it felt reminiscent of alive-action foreign films, at times it also felt as though the film tried to make Kubo’s journey much more epic than it actually was.

Nevertheless, it’s overall charming in its storytelling and easily entertaining for all regardless of age.