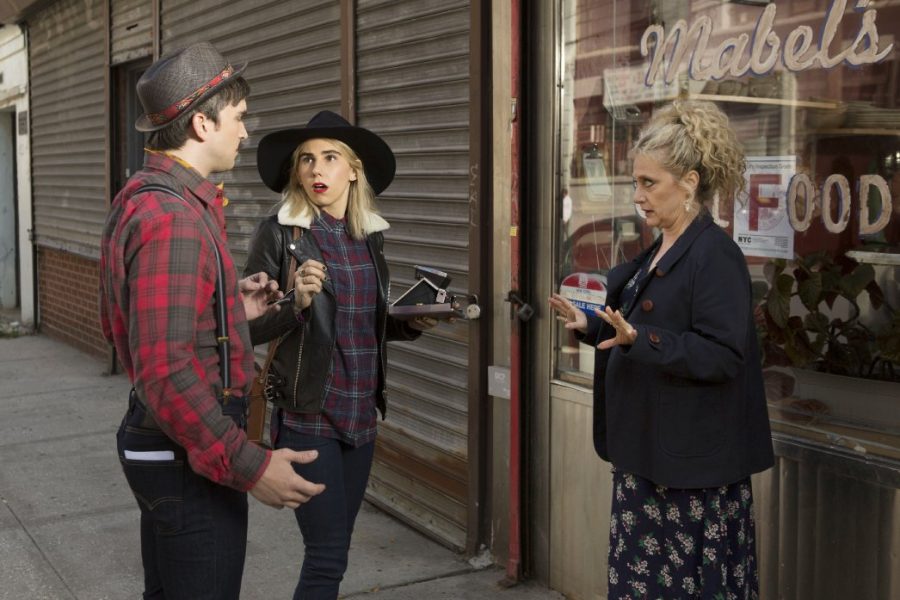 The Tina Fey and Robert Carlock machine “The Unbreakable Kimmy Schmidt” is just that — unbreakable.

The hilariously-witty second season of the quirky comedy was released by Netflix April 15. In typical Netflix fashion, all 13 episodes were released at once.

The inaugural season of the comedy about a woman rescued from a doomsday cult, Kimmy Schmidt (Ellie Kemper) getting her life back on track, featured a slough of guest actors to boost its appeal to new viewers.

Instead of going in the same direction, this season focused more on the core characters established in the first season.

Much more character depth is explored in this season, especially for Kane’s character. Her gritty, unrelenting portrayal as Lillian wowed in the first season. This time, however, it seems as if she has really transformed into the old-school tough guy with a heart of gold.

During a scene in which Lillian is protesting gentrification in the destitute neighborhood she so dearly loves, Kane delivers a line so convincingly that one wonders if this role was made for her, if she was born to play this part.

The line, “I was breaking into the Fed naked with ‘OPEC’ written on me in pig’s blood before you were even a twinkle in the eye of the dog that mounted your mom,” comes as a surprise to viewers due to the ferocity and conviction it is delivered with.

While it generally contradicts the overall jovial tone of the series, the line works beautifully to help viewers understand that a show can be incredibly hilarious but cover serious topics as well.

Krakowski’s character Jacqueline is developed the most during the season.

Schmidt’s employer picks up after the events of last season and attempts to reinvent herself and again reach society’s peak.

Along the way, the show showcases her flair for superficial depth.

On one hand, she spends millions to puff herself up in front of other socialites, but refuses to pay Schmidt.

On the other hand, she undergoes a truly moving period of identity realization which, when juxtaposed against the aforementioned superficiality, bring a layer of depth rarely seen in any cable comedy in the past many years.

Show creator and writer Fey returns to the series in a different role this season.

She previously played Schmidt’s inept lawyer in a few episodes in the first season. This time, she has a generous arc as a psychologist that Schmidt befriends. Fey does better in this longer, more developed role than as the woeful lawyer.

Trading the guest star parade for the more focused, fleshed-out group of core characters creates a more family-like feel to the series.

Suddenly, you care more for these characters. You enjoy watching Krakowski boss Schmidt around. You relish the screen time Burgess gets with Schmidt.

But then again, why would you want to? When television is this good, watching seems more like the best kind of civic duty than simply a pastime.