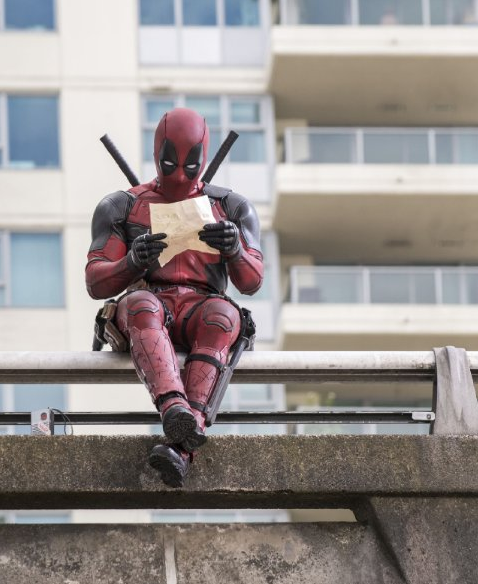 Marvel’s Deadpool is the crude, pansexual, fourth-wall breaking antihero many of us know and love. Before its release, the film was actually in a development crisis for 12 years, so the fact that he finally got his own movie is crazy.

In 2004, New Line Cinema attempted to produce the movie with David S. Goyer as a writer and director and Ryan Reynolds as Deadpool, but Goyer lost interest in the film later that year. 20th Century Fox decided to move forward with the project, but any sort of production toward the film had stalled.

Reynolds was cast as Deadpool in the movie “X-Men Origins: Wolverine” in 2009, but the movie was panned for not following Deadpool’s comic book character.

In July of 2014, visual effects test footage created for the film back in 2012 was leaked online, with Reynolds being the lead. Fox officially green lit the film in September 2014, and production finally started.

Compared to most of Marvel movies that averaged a budget of $140 million, “Deadpool” was only given a budget of $58 million. Because of the small budget, many characters from Deadpool’s comics had to be cut. Making his directorial debut, Tim Miller was praised by the cast for using the small budget to their advantage.

Throughout the unbalanced adventure, Deadpool’s film was finally born. “Deadpool” is a hilariously entertaining film that works because of Reynolds himself. He is able to capture Deadpool’s crude sense of humor well.

The action sequences and pacing is so good that it makes you forget that the director is making his debut. From the outrageous opening credits, to the fun poked at every X-Men film throughout the film, to the end credits that gives you a little taste of the 80’s (Bueller? Bueller?).

“Deadpool” is consistent at being funny despite the occasional change of tone towards Romance, Horror and Drama. The film was meant to be weird and perverse, and the filmmakers did a fine job working with it.

On top of that it’s not often we see a pansexual superhero in such a big studio film, this addition makes it interesting.
Marvel rarely makes R-rated films, but this film was the one that counted the most, and may give us the chance to see more R-rated Marvel films in the future. “Deadpool” contains so much language and gore. It was not meant to be a family friendly film, that is the best part about it. Deadpool’s film was meant to be this way, and being R-rated gave the film the freedom to follow his character well.

The film was well received by critics and fans alike, and the sequel is already in the making. It makes you wonder what this film would have been like had it been released 12 years ago. All things considered, with the amazing style, the outstanding performance by Ryan Reynolds, Miller’s great directing and the amount of crude humor throughout, “Deadpool” was worth the 12-year wait.