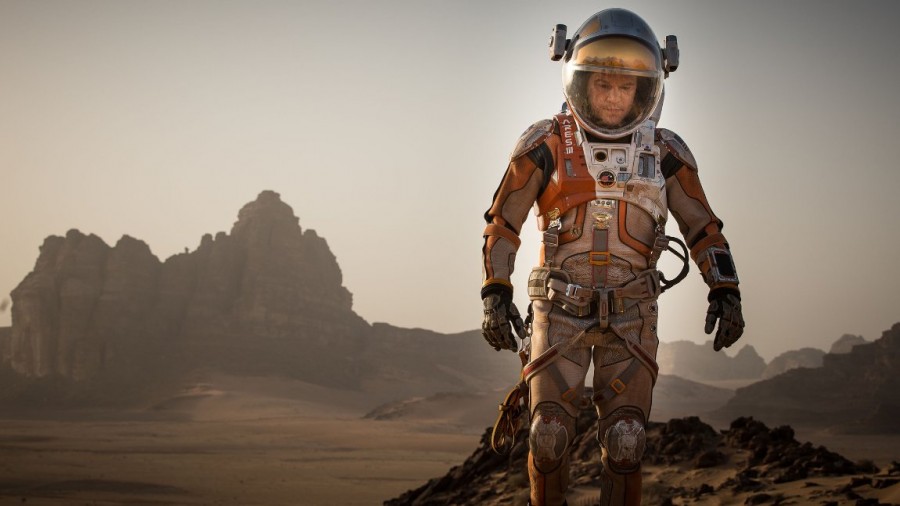 The movie is centered on botanist Mark Watney, played by ‘Damon-sel’ in distress Matt Damon, who is presumed dead, left behind on Mars after a massive sandstorm threatens him and the rest of his crew. With the next mission to Mars scheduled four years out, Watney must find a way to make his food rations last him until then.

Being the botanist that he is, Watney predictably figures out how to grow potatoes in his makeshift green house.

Later on, when NASA realizes Watney is still alive, they begin a mad scramble to send him supplies to last him until a rescue team can reach Mars.

Does The Martian really expect anyone to believe Watney is in any real danger when all his problems are solved with relative ease?

Limited food supply? In only a few days, Watney figures out how to grow plants on Mars.

Only has a tedious communication system with NASA? NASA instructs Watney on how to hack his rover to somehow allow texting like communication over laptops. Supply rocket is blown up, ensuring he will starve to death long before anyone will reach him? The Chinese offer up their secret superior rocket to get him supplies.

Through the creative use of video logs as a means to stuff exposition down the viewer’s throat, we are treated to the use of uncreative jokes littered throughout the video log scenes. Whether it’s Damon attempt to “science the shit” out whatever situation he’s in, or it’s the cringe worthy space pirate joke shoehorned in during the movie’s third act, the comedy in The Martian rarely delivers.

The Martin is a feel good science-fiction movie that the casual moviegoer will surely feel they got their moneys worth when it’s over. If you’re going in expecting to be as in awe as you no doubt were while watching Ridley Scott’s other sci-fi movies like Alien and Blade Runner, then maybe you’re better off not taking this trip to Mars and staying on Earth.