Game is anything but ‘amazing’ 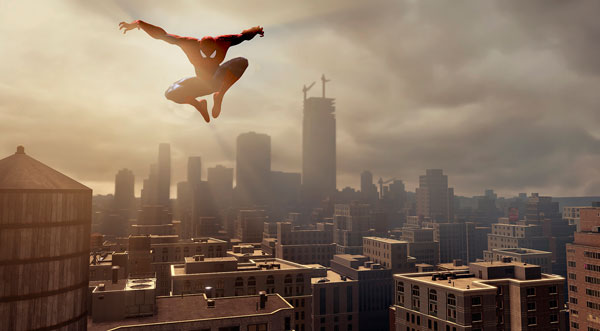 Spider-Man flies through the air from his webs.

There is absolutely nothing amazing about “The Amazing Spider-Man 2” video game.

Games based on movies are almost always bad, as companies just release something alongside the movie to further capitalize on the brand. This clunker, however, takes the cake.

When you start the game you are given three level options, human, hero and superhero. The opening cutscene is the entirely overdone moment of Uncle Ben’s death. At this point, the realization set in that not only was I playing a terrible game, it was also following a predictable story line.

Each of the main components of the game is lacking. The graphics are appalling for a 2014 release. They are so square and clunky that if I told someone the game came out in 2006 it would be highly believable, and still probably be behind the times. There is zero detail to anything around the city of Manhattan, where it is set. The game is on such a large scale, as the entire city is available to fly through, which does not help the lack of any care in design.

The camera angles in the game while flying are atrocious. It is extremely difficult to go from one building to the next when half the time the camera is not actually looking towards what you are aiming at. Camera angles are often overlooked, but I cannot see how they would be in a game that relies on a man flying through the air covering massive ground at a time while weaving in and out of alleyways and between skyscrapers.

The combat is easy to learn, which is not a compliment. Button-mashing the square button on my PS3 controller is all I needed to do to clobber anyone I was faced with. There is no sense of ever losing a battle as Spider-Man is so overpowered and easily defeats any foe without really trying. Fighting becomes more redundant than anything else.

While this game is not fun by any means, there are a few redeeming qualities.

A couple of the nice features include talks with defeated foes where you get to chose from a few options what you want to say or ask them, which gives the impression of the player having a little bit of a say in the direction of the game. Also, if you accomplish heroic deeds you earn bonuses for powering up the Spidey Suit. Completing those deeds also reduces crime in the city while helping Spider-Man’s public image and reputation which harkens back to the “friendly neighborhood” aspect to Spider-Man.

If you need your Spidey fix, this is not the place to get it. The newly released film is a much better way to spend time and money.