Guess who found themselves at a Nickelback concert? 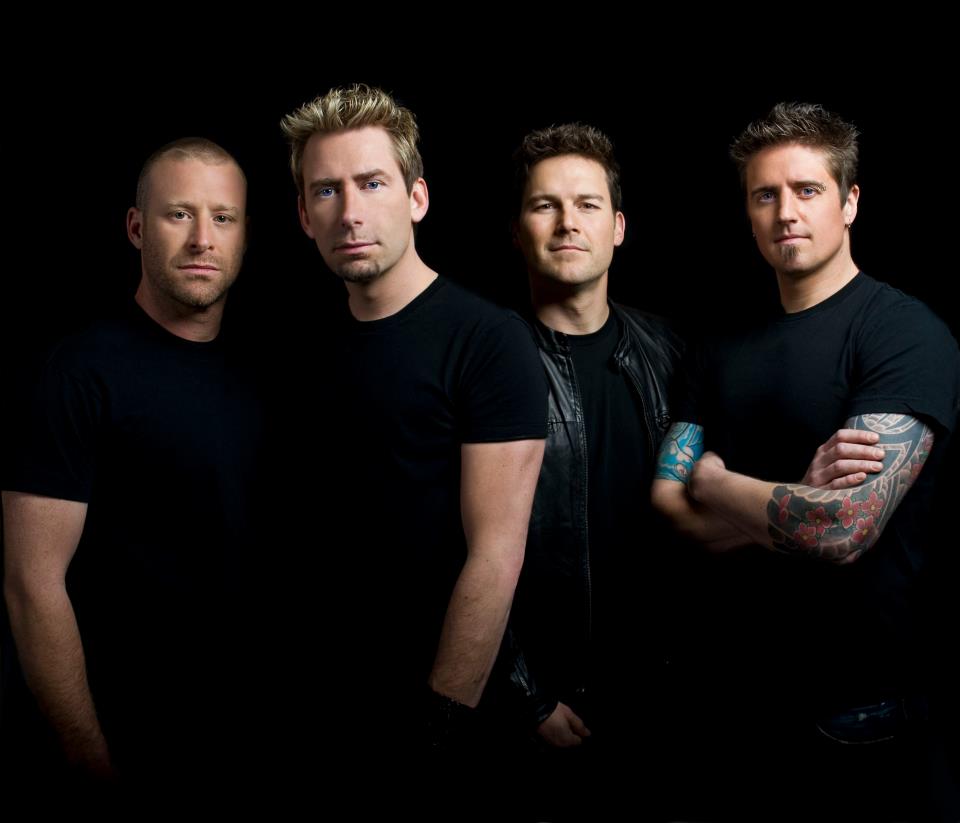 In trying to live in the moment and try new things, I found myself in in the midst of Nickelback concert Sunday night. The extremely polarizing band stopped by the Shoreline Amphitheater in Mountain View on the Bay Area leg of their “Feed the Machine” tour alongside Daughtry and Shaman’s Harvest and truthfully, it wasn’t the worst concert I’ve been too. Shocking, I know.

Even entering the venue, the most noticeable and surprising aspect was the diversity of the concertgoers. I expected a lot of Jeff Foxworthy look-alikes waving confederate flags – despite Nickelback being a product of Canada — but instead was met with a surprising amount of families, people of color and a mix of old and young folks. As a fan of good rock music, I was confused as a black person I relief flooded every fiber of my being.

The opening band Shaman’s Harvest started playing as people arrived which made it really awkward when they tried any song that required audience participation. They were a band with a few good songs like “Dragonfly” and “In Chains,” but no stage presence. Their set included an extremely bland cover of Michael Jackson’s “Dirty Diana.”

By the time Daughtry took the stage, the audience was ready for something a little more familiar. Between songs like “It’s Not Over,” “Home” and “Life After You,” he relayed stories about meeting Bon Jovi and “failing on American Idol.” He also showed an immense amount of gratitude toward Nickelback for giving them their first big break. And when you think about it, makes sense because even though Daughtry doesn’t get the same hate as Nickelback, their sound can best be described as sappy, hard rock.

It was time for the main event. A bunch of people had filed out of the venue after Daughtry’s set, but the place still managed to be packed.

From the start, Nickelback started with the hits such as “Photograph,” ‘Someday” and they even brought out Chris Daughtry for “Savin’ Me.” Usually when bands are touring on a new album, it’s the focus but their choice in set list indicates that they’re aware of the fact that people were going to show up for a dose of nostalgia rather than their latest material.

So there I was having a great time at a Nickelback concert. It helped that I was there with people I care about and that some random concertgoer said I was beautiful while my friend was trying to coerce me into taking picture. Still, good time until the band decided to play “Something in Your Mouth” from their 2008 album Dark Horse.” Lead singer Chad Kroeger warned the crowd about the lack of substance. He was right, but he didn’t warn the audience about how cringe-worthy the lyrics were.

I get the impression that was their attempt to make a sexy rock song and no one had the heart to tell them right away that the lyric “you look prettier with something in your mouth,” is one of the least sexually appealing lines in rock history right up there with the entirety of “Animal” by Nine Inch Nails.

Songs like that, remind me of why people hate Nickelback. Their songs are either cliché or they’re lyrically terrible — sometimes both. However, going to a Nickelback concert is a lot different than listening to an entire album from them. At a concert, you get humor, improvisation and surprisingly, humility.

One of the best parts of their set is Chad Kroeger being surprised about the number of people who bought their latest album “Feed the Machine.” He was going to bypass their new stuff for another classic, but the overwhelming response to mentioning their new album led them to play “Song on Fire.”

One of the last songs sung was “Rockstar.” It’s not a good song by any means but it’s a novelty song that’s best enjoyed very much in the same way as Taylor Swift’s new song — ironically. Before the song started however, Kroeger invited several people onstage for karaoke and some drunken fellow got up and tried to get a “USA” chant going. It was funny and kind of awkward because again, Nickelback is from Canada. They ended the show with their biggest hit “How You Remind Me” which Kroeger referred to as “their version of ‘Hotel California, Looking around at everyone’s face while the song was playing reminded me of what it feels like to just enjoy a song without worrying about whether it’s good, bad, cliché or under-appreciated.

The main takeaway is this: no one goes to a Nickelback concert to see world-class musicians exhibit their craft. They go there for the casual atmosphere and the camaraderie. Perhaps that’s the explanation for the band’s success. They don’t pretend to be the best band in the world.

This concert wasn’t enough to make me a superfan exactly because after all, their music is still overwhelmingly average which I assume is the reason for the intense hated. But it was a good time and I don’t see anything wrong having a good time even if it’s at the concert of “the most hated band in the world.”