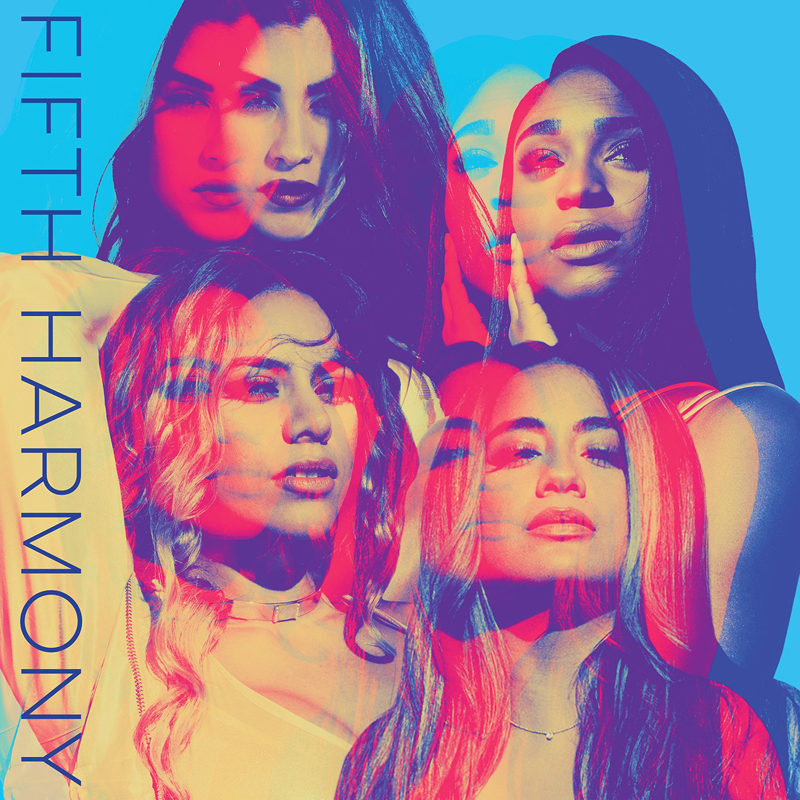 Fifth Harmony had just started their rise to fame when they announced that group member Camila Cabello was leaving late 2016.

“Work From Home” and “That’s My Girl” — songs from their second studio album “7/27” — were not only being played on the radio but in movie trailers, commercials and on a larger scale than most would have expected.

Camila’s predictable departure made fans wonder what the foursome would do after four years of catering their sound to one person who could have been considered “the face” of the group.

The title being symbolic to their rebirth as a quartet, “Fifth Harmony” is everything “7/27” tried to be, but sonically cohesive.

With R&B being at the core of the production for this album, each song follows into the next, making this more enjoyable to listen to.

Although “7/27” did have a running success with the masses, “Fifth Harmony” gives the impression that they are starting to settle into a sound that suits each of their voices.

But after preaching about how different this album was going to be, releasing “Down” as the lead single didn’t indicate that and if anything, came off as lazy.

Nothing about the work Fifth Harmony puts into their craft is lazy but everything about their label deciding to release a song that sounds very similar to the one that was getting played out all 2016 is.

Following with “Angel” and releasing “He Like That” days before the album saved them but even then, “Fifth Harmony” is still mediocre at it’s best — forgettable, even, after the first listen.

The album is by far the better of the three that the group has released but as a longtime fan, I want more from and for them.

While they did remain cohesive throughout “Fifth Harmony,” a majority of the songs lacked the harmonies they have effortlessly produced in covers of songs in the past — such as their “Like I’m Gonna Lose You” performance at last year’s Billboard Women in Music celebration.

This isn’t the first time they have been critiqued for their lack of harmonies. Some of that criticism may come from people holding them to higher standards because if a group has the word “harmony” in the name, then harmonies are expected. But from a fan’s perspective: if we’ve heard greatness once, we expect to hear it again.

If you have embedded yourself into this group’s journey like I did when they were first manufactured on “The X Factor” five years ago, then you know the potential these four girls have.

I am proud of how far they have come and how they learned to use members’ versatility on “Fifth Harmony.”

After skipping “Down,” the album really starts with “He Like That” — which samples MC Hammer’s “Pumps and a Bump”  — and if listened to through headphones, it does not capture how fun the song truly is.

“Sauced Up” features the beauty that is Lauren’s low, raspy vocal styling and “Deliver” emulates the attitude Danity Kane embodied in their music.

But the best song on the album is “Lonely Night.”

The lyrics read in a list of “what you shouldn’t do’s” for potential suitors, but what really grabs your attention the first listen is how smooth the beat and melody changes are throughout the song.

“Lonely Night” starts low but builds-up by the time it gets to the pre-chorus, making you believe there’s going to be a drop until Dinah comes in angelically singing “If you don’t treat your mama right,” soft and low only just for the beat to pick-up again at the first “lonely night” in the chorus.

The final track “Bridges” may be a emblematic to accepting and loving one another —amidst all that’s going on in the world — but when Ally sings “we’ve come way too far in our story,” it becomes nostalgic and emotional for those who do actually know and have been apart of their story since the start.

From struggling to find a place in a label that consistently tossed them to the side to losing a group member and enduring doubt from people who thought they could not succeed without her, Fifth Harmony can only get better from here.

This album is definitely not their peak, but it’s their best thus far.

“Fifth Harmony” is this group’s reintroduction to the world and set the tone for what’s yet to come in this new era.