‘Nightcrawler’ – A must see! 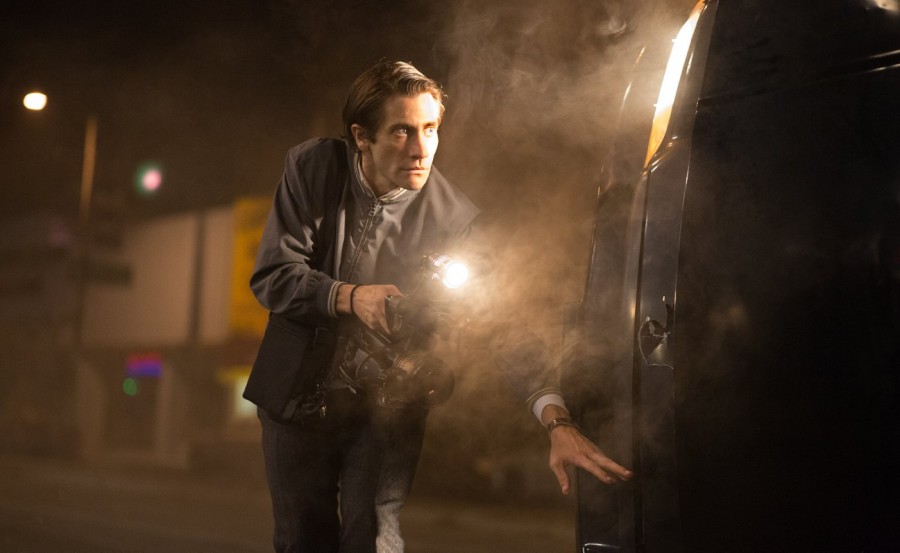 Nightcrawler is a thought-provoking film providing insight into the world of televised news reporting  the issues of news manipulation, journalistic integrity, ethics and morality. With the exception of a few kinks in the beginning, it was suspenseful.
In a terrifyingly believable role, Jake Gyllenhaal stars as creepy, highly quotable, wide-eyed sociopath Louis Bloom, an unemployed man with a wide range of interests whom you would not want to encounter in a dark alley. Using the art of “nightcrawling”, he follows gruesome scenes, taping the aftermath of the incident and selling the footage to news stations.
Rene Russo played Nina, the seemingly tough and dismissive director of a news station but is actually a desperate, aging woman struggling to hold on to her job. Riz Ahmed provides comic relief as Rick, a clueless intern for Bloom’s made up videography production company.
Nightcrawler is unique movie with the right amount of suspense and though it isn’t headed toward any academy awards, it certainly is a memorable role for Gyllenhaal.