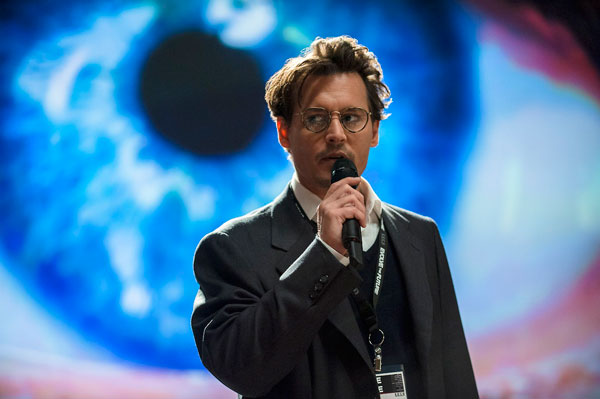 Transcendence should have been a good movie.

The film had an interesting premise and a nice direction. That being said, the development of the storyline was lacking from the beginning. To begin with, the story took quite a while to grab attention. Extensive set-up and background embellishments left the film stagnant, without a clear idea of where the plot was going.

The cast included: Johnny Depp as Dr. Will Caster; Rebecca Hall as wife Evelyn; Paul Bettany as Max Waters and Morgan Freeman as Joseph Tagger, a great line-up, right? No, I was expecting so much more from Depp, as he haphazardly bumbled through the film, while Bettany was the same personality type that he always seems to play. Standouts were Hall and Freeman, both of whom showed restraint and character development throughout the movie.

Another character Bree, played by Kate Mara, the leader of a resistance known as R.I.F.T. was completely irrelevant. The movie would have been much better had there been no resistance aspect. For the most part, they are never defined and hardly ever used in the film, leading to more questions than answers.

R.I.F.T. is the organization that opposed the advances in science that Caster is making. In order to stop him, they assassinate him. Before he dies, his partner, and wife Evelyn, uploads his subconscious into a computer program the two of them had created.

The system allows for Caster’s essence to remain intact in the form of artificial intelligence. Freeman’s character, Tagger, a government scientist is wary from the beginning, and along with Bettany’s Waters, attempts to triumph over the sentient program.

To me, there were many more questions than answers by the end, and was left with a sense of incompleteness. So many facets of the movie were lacking. There were no great graphic scenes or emotionally enthralling moments. The audio was quirky, either by the hand of the mixer or the theater in which I viewed the film.

The director, Wally Pfister, may want to think twice about bragging for this steamy pile of poorly executed film. I expected much more from an Oscar winning director.