Defying conformity in a post-apocolyptic world 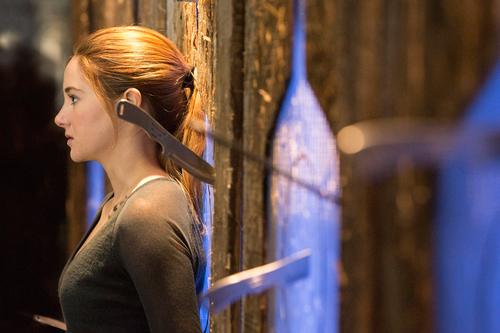 “Divergent” is a roller-coaster ride that does a fantastic job of keeping you on the edge of your seat. Director Neil Burger captures the balance between an action-packed thriller and a romance on the side, which is why readers fell in love with the book.

Based on the novel by Veronica Roth, the film is set in a dystopian society. Futuristic Chicago is divided into five factions — Amity (the peaceful), Candor (the honest), Erudite (the intelligent), Dauntless (the brave) and Abnegation (the selfless), — and citizens must select one for their adult life when they become adolescents.

Things get tricky for protagonist Beatrice Prior (Shailene Woodley) when she goes to take her “aptitude test,” designed to tell you what faction to pick at the upcoming choosing ceremony. For most adolescents, the test identifies their aptitude for a single faction, often times the faction one they grew up in.

But Beatrice is not like the others. Her test shows she has an aptitude for multiple factions — Abnegation, Dauntless, and Erudite. The woman who administered her test, Tori, (Maggie Q), explains she is divergent, and warns her to be careful not to tell anybody as this characteristic is considered dangerous to society.

By this time, your attention has been grabbed from the suspense of which faction Beatrice will pick. Her strong-will and curiosity get her into trouble when she picks her faction because, as Tori later tells her, “it will be easier to be discovered” as a divergent in Dauntless.

The film chronicles her initiation into Dauntless and the struggle of hiding the fact she is Divergent. To give herself a fresh start, Beatrice renames herself “Tris.”

It was a fairly faithful rendition of the book, but what I found troubling was the brash change of climax. In the movie, Tris faces her biggest enemy in the leader of the Erudite faction Jeannine Matthews. This does not mirror the book at all.

I’m not usually bothered when a movie doesn’t exactly follow the book, but this was the climax. I was not outraged, but I did find myself going “huh” in the theater.

Overall, the film isn’t an Oscar contender, but it was fun to watch.

Some average movie-goers may argue the length was a little too long at 2 hours and 20 minutes, but it made $56 million at the box-office for its debut, so don’t let that make you miss out on this thriller.