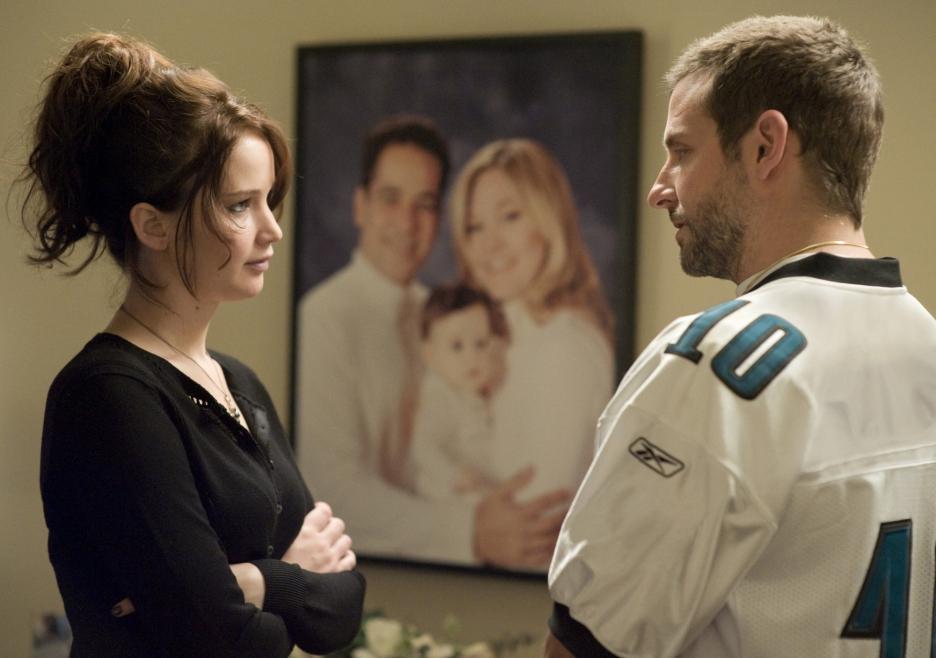 Silver Linings Playbook, directed by David O. Russel, is shuffled under the comedy category but also tugs at the heart strings while journeying through the rough and tumble but endearing road that Pat Solatano, played by Bradley Cooper, travels down on his road to recovery from spending time in a state institution. When Pat meets an also troubled Tiffany, played by Jennifer Lawrence, they connect and go against the grain in helping each other step out of their respective doldrums.

The supporting cast isled by the likes of Robert De Niro and Jacki Weaver, who play Pat’s parents, and Chris Tucker, who plays a friend of Pat’s from the institution. The support cast shine and do not take a back seat at all in the screen time they shared with the leads.

This movie is not your typical romantic comedy. It tells a unique story that was well written and executed. The essence of the film is centered around Pat coming back home from the institution and finding out that his father has quite a bit of money riding on Philadelphia Eagles games from week to week. Pat’s father has superstitions about the games weekly outcomes and expresses that Pat and his daily activities have a direct correlation to whether the Eagles win or lose. Tiffany is caught in the fray helping Pat reconnect with his wife while he helps Tiffany in her dance career.

It is difficult to find a true flaw in this movie. Cooper and Lawrence play off each other amazingly and truly committed to being the characters they portrayed. This movie is getting plenty of Oscar buzz, and it is rightly earned. There are not many movies out there that have the viewer travel the emotion spectrum all the way from uncontrollable bursts of laughter to taut and heartfelt drama with the ease that this film does. I highly recommend any movie goer to plop down in a theater seat and watch this two hour ride unravel.