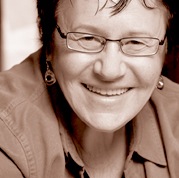 Everyone feels at one point or another, when staring at a blank page, that they have nothing to write. The temptation to plagiarize can be overpowering, and some students take the bait. The consequences, if caught, range from simply failing an assignment to being expelled from school or fired from a job. Once a person finally overcomes their fear and starts putting words on the page, a writer is born.

Barbara Austin teaches Creative writing here at Los Medanos College, and has helped countless students move past their own fears of inadequacy, and on the path to becoming great writers. Since 1994 she’s shown them how to muzzle the inner critic that hinders so many from believing their own work can be good, and she does it so well because she wrestled with the same doubts when she was younger.

Growing up with her parents in Santa Monica, it is her Aunts she credits with first getting her into writing. “They would really encourage me to write,” giving her paper to work with and telling her that she was a really good writer, she said. They encouraged her to keep pen pals as practice, and it worked.

By the time she went away to a boarding school at 15, “I loved English, and I loved to write.” Austin loved to read also, and often stresses how crucial being a good reader is in becoming a good writer. It’s important to not become discouraged though. Austin experienced that sensation firsthand. “Because I was a reader, I always knew what good writing was, and that my writing wasn’t.”

So when given an assignment to write poems, she felt that she couldn’t do it. But she was a reader, so she went to the library, found a set of poems written by a priest, copied them and turned them into Sister Josephine, who “loved them, and wanted to put them in the literary magazine, and I of course couldn’t tell her the truth!” The editor in chief of the magazine recognized them however, and so they were pulled.

In the end Austin wound up back in the library, this time with a thesaurus, playing with words, trying to make it work. “I wrote two really good poems that were better than those priests. You know how I know? Because when I went to college I submitted them for the literary magazine there and they loved them. It taught me…that I didn’t need to cheat, I didn’t need to plagiarize, that I was good enough, and I think that’s when I really became a writer.

When she was 18, temptation got the best of her again, writing editorials for her college’s newspaper. “I just couldn’t do it and so I took Thomas Wolfe, and I sort of copied some of his stuff, I didn’t learn my lesson!” This time too, she was quickly discovered, and pulled the section from printing.

She put it behind her when she became a nun at 19 years of age, entering the convent and swearing off plagiarizing. At first she found that without it, “I had huge writers block, because I didn’t think I was good enough.”

But as a nun in silence for 22 hours a day and doing “a lot of manual work, I got really creative. I led all the singing, I played all… the organ music, [and] I did all the art.” It led to her winning her first writing contest when she was 20 for a one act play, taking all the nuns out to the movies with her winnings–25 dollars went pretty far back then, she said.

Her last summer as a nun was spent at Synanon teaching the children of drug addicts, and she had a revelation. “I realized while I was there that you can do a lot of good and you don’t need to have a vow of chastity and obedience and poverty.” After leaving the convent and writing her first book, Sad Nun at Synanon, she moved on to teach, first at SF state, and later, at LMC. “From the moment I interviewed I loved Los Medanos.”

Her Creative Writing class is taught in a welcoming environment, where all are enthusiastically encouraged by not only her, but fellow classmates. Student’s end up in groups almost every class, quickly becoming familiar and comfortable with each other, forming bonds as the class moves through challenging assignments that call on students to write uninhibitedly about themselves, their dreams and their ideas.

Austin is always supportive, especially in the intro to creative writing class, doing what she can to make everyone comfortable and bring out their true creative potential. Especially when it comes to writing plays, which is a cross campus collaborative process that lets students see their works come to life, performed by the drama department

“I think my happiest memories are here at Los Medanos and seeing the plays of my students. I think that is amazing.” She loves it when students go on to be screenwriters and succeed beyond LMC, “because that’s when you know you’ve done well.”