Drama gets crazy on center stage 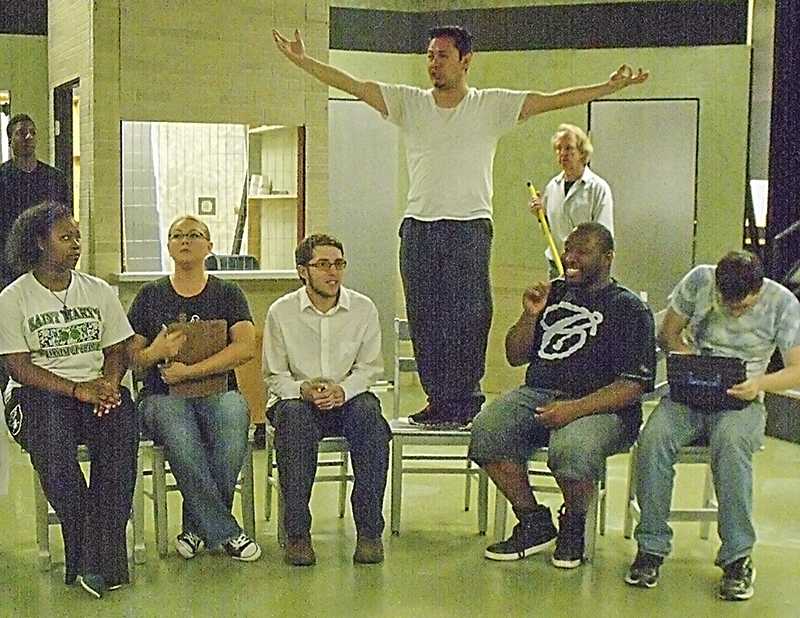 The 1962 novel “One Flew Over the Cuckoo’s Nest” written by Ken Kesey has been brought to life at Los Medanos College by the Drama Department. Directed by Barbara Norris, this production flourished on stage with its great acting.

The play focuses on the rebellious ways of Randle McMurphy who fakes insanity to escape prison and instead gets sent to a ward for the mentally unstable.

McMurphy then meets Nurse Ratched and decides to make a stance against her ways and tries to get the other inmates to do the same.

Director Barbara Norris and the LMC Drama department did a fantastic job with bringing this story to life, making it very entertaining to watch.

Nurse Ratched and Randle McMurphy performed by Tiffanie Diaz-Moore and Cesar Reyes shined through their roles, making it fun to watch. Norris and the Drama Department provided talented actors in this cast, as they all performed at a high level.

McMurphy tries to make it impossible for Nurse Ratched to do her job by taking over and making it hard for her to do her normal routines.

The production team also provided a set that went perfectly with the story and it established a definite mood from the very beginning. From the costumes, to the sound, and lighting, it all helped contribute to the play by providing more believable scenes.

The play has funny, sad, dramatic, fun scenes which the audience seemed to enjoy a lot.

The audience was hooked to this production from the very beginning to the very end. I highly recommend people that haven’t watched this play yet, to go out and see it, you won’t want to miss out. Director Barbara Norris did a great job putting this play together.